On December 11, 2021 at around 8:00 p.m., a black Volkswagen Tiguan entered the parking structure in the 1200 block of South Flower Street in Downtown Los Angeles. Surveillance cameras at the location showed the vehicle following two victims as they exited their vehicle and walked to the elevator lobby. As the victims waited for the elevator, two suspects, armed with handguns, exited the passenger side of the Volkswagen Tiguan and stormed into the elevator lobby. The suspects pointed handguns at the victims and demanded their property. The victims complied and avoided injury. The victim’s jewelry, phone, and keys were taken in this incident.

Following the robbery, the two armed suspects ran out of the lobby, one suspect entered the front passenger seat of Volkswagen Tiguan, while the other suspect entered the victims vehicle. Both vehicles drove off from location and were last seen southbound on Flower Street. The victim’s vehicle was recovered a short time later along with his cell phone.

A few hours later, a second robbery occurred in the 23500 block of Calabasas Road in the city of Calabasas. During this incident, the victim was hit over the head with a gun after refusing to relinquish his property. A witness who came to the victim’s aid had her purse taken during the incident.

Detectives have identified two suspects in these cases;

1. Jamar Stewart, 31 years old from Los Angeles, is the alleged driver of the Volkswagen Tiguan. Stewart was arrested on January 26th, 2022 and is currently in custody for multiple counts of robbery. 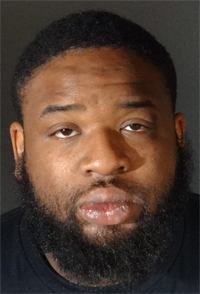 2. Kenneth Bonds, 18 years old, also from Los Angeles, has been identified as one of the armed suspects wearing a ski mask. A warrant has been issued for Bonds arrest for his involvement in these two armed robberies. 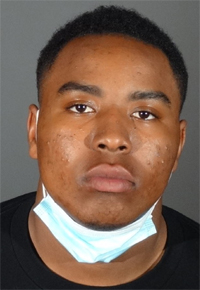 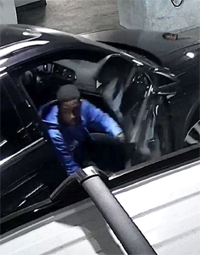 The FBI is offering a reward up to $10,000 for information leading to an arrest in this case.

Anyone with information regarding this incident is urged to contact Detective Alonzo and Detective Mrakich at (213) 486-6840 or email RHDTIPLINE@LAPD.ONLINE . During non-business hours or on weekends, calls should be directed to 1-877-LAPD-24-7 (877-527-3247). Anyone wishing to remain anonymous should call the LA Regional Crime Stoppers at 1-800-222-TIPS (800-222-8477) or go directly to www.lacrimestoppers.org . Tipsters may also visit www.lapdonline.org and click on “Anonymous Web Tips” under the “Get Involved-Crime Stoppers” menu to submit an online tip. Lastly, tipsters may also download the “P3 Tips” mobile application and select the LA Regional Crime Stoppers as their local program.