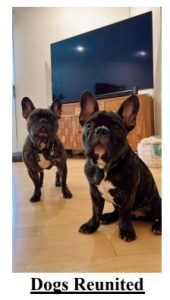 Detective personnel discovered that Lewis attempted to extort the victim, using a phone of a man he met on a dating website. A witness from the website recalled overhearing Lewis discussing the dogs during a conversation and was able to provide Lewis’ physical description and dating application. With this information, detectives conducted several search warrants and identified Lewis.

Detectives from North Hollywood Division would like to provide the following personal safety tips:

North Hollywood Robbery detectives were able to identify the suspect as 27-year-old Sammeiso Lewis, a resident of Las Vegas.

On January 26, 2023, LAPD Gang & Narcotics Division Marshall’s Taskforce arrested Lewis in the City of Glendale. He was booked for 211 PC – Robbery (Booking #6541729). The District Attorney’s Office filed one count of robbery.

On December 9, 2022, around 10:00 a.m., a nine-month pregnant woman was walking her two French Bulldogs in the 4100 block of Kraft Avenue in Studio City, when she was approached by an armed male suspect.

The suspect pointed a pistol at the victim and took both French Bulldogs. The suspect fled the area with the dogs in a gray SUV.

The suspect is described as a male, Black, approximately 6 feet tall, weighing 200 lbs., between the ages of 20 and 30-years-old. 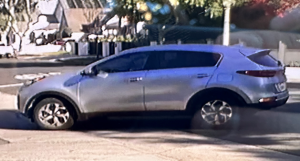 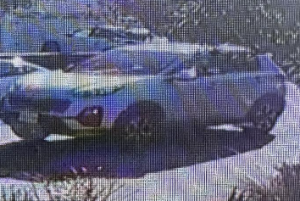 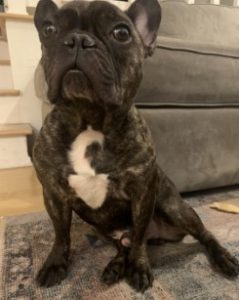 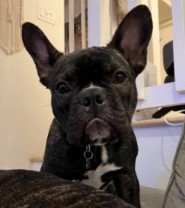 Anyone with additional information is urged to call the Los Angeles Police Department, North Hollywood Division, Detective N. Stone at (818) 754-8425. During non-business hours or on weekends, calls should be directed to 1-877-LAPD-24-7 (1-877-527-3247). Anyone wishing to remain anonymous should call the L.A. Regional Crime Stoppers at 1-800-222-TIPS (800-222-8477) or go directly to www.lacrimestoppers.org. Tipsters may also visit www.lapdonline.org and click on “Anonymous Web Tips” under the “Get Involved-Crime Stoppers” menu to submit an online tip.  Lastly, tipsters may also download the “P3 Tips” mobile application and select the L.A. Regional Crime Stoppers as their local program.