In February of 2021, LAPD 77th Area patrol officers, were investigating an attack / rape, of a 14-year-old female victim. It was determined that she was also a victim of Human Trafficking, at which time the LAPD South Bureau-Human Trafficking Unit (SBHTU) assumed the investigation.

South Bureau-Human Trafficking Unit (SBHT) immediately went into action and was able to provide the victim with advocate services.

SBHTU conducted various interviews of witnesses which led to the identification of the suspect. Investigators determined that the victim was a victim of child sexual exploitation by (known to the victim as “Jay/Jamel”).

The suspect was on parole already for another Human Trafficking of a Minor case out of Long Beach (in that incident the victim was 11yrs old). The suspect was also a registered sex offender at the time, and a documented gang member from Long Beach.

On May of 2021, LAPD Operations South Bureau Human Trafficking Unit with the assistance of Los Angeles County Parole arrested Jamelvin Moore of Long Beach, after a lengthy investigation and collecting evidence. Moore was charged with “Human Trafficking of a Minor”. 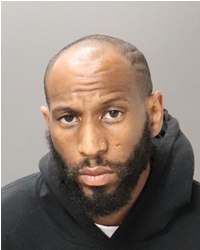 On January 06, 2022, Moore was found guilty by a jury for “Human Trafficking of a Minor, Sexual Assault”, and given Moore’s prior criminal history and the nature of the crime he was sentenced to “Life in Prison”.

Investigators are asking anyone who may be a victim or has additional information regarding Jamelvin Moore is asked to contact Operations South Bureau Human Trafficking Unit at 213-202-4390 or email Osbhttaskforce@lapd.online. During non-business hours or on weekends, calls should be directed to 1-877-LAPD-24-7 (1-877-527-3247). Anyone wishing to remain anonymous should call the L.A. Regional Crime Stoppers at 1-800-222-TIPS (800-222-8477) or go directly to www.lacrimestoppers.org. Emails can be sent to 647tips@lapd.online as well. Tipsters may also visit www.lapdonline.org, and click on “Anonymous Web Tips” under the “Get Involved-Crime Stoppers” menu to submit an online tip. Lastly, tipsters may also download the “P3 Tips” mobile application and select the L.A. Regional Crime Stoppers as their local program.