On November 17, 2022, the Los Angeles Police Department’s Robbery Homicide detectives, with the assistance of officers from Metropolitan Division, arrested three suspects, 46-year-old Rudolph Flowers, 43-year-old Laron Bundley, and 35-year old Taniqueka Harris for a series of robberies occurring throughout the City of Los Angeles. During their arrest and subsequent search warrants, a handgun, ammunition, victim’s property, and items connecting them to the robberies was discovered. Flowers is a resident of Los Angeles, Bundley is an Inglewood resident, and Harris is a resident of Lancaster.

The trio is believed to be responsible for at least four robberies that occurred from June to September of 2022. Two of these robberies involved the victims being shot by the suspects.

These arrests are the culmination of months of investigatory work and are a demonstration of the Los Angeles Police Department’s commitment to serve victims and bring violent predators to justice. The case against the suspects was built around video, physical and technological evidence.

The arrests were made by investigators assigned to the Follow Home Task Force out of Robbery-Homicide Division, which was created by Chief Michel Moore in November of 2021 in order to address the increases in violent robberies which had a similar pattern, where unsuspecting victims were robbed of expensive watches or jewelry items when returning home from dining or entertainment, mostly from the Hollywood or Wilshire Areas of Los Angeles. 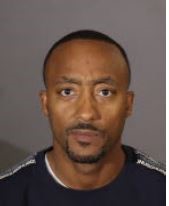 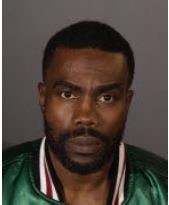 It is believed that all three may be wanted for other robberies in the Los Angeles Area.

Investigators have previously released surveillance video of a robbery involving the suspects that occurred on September 4, 2022, at a local gas station located at the 5500 block of White Oak Avenue. Any witnesses of this or other incidents related to the trio are urged to contact the LAPD.