On February 3, 2015, the LAPD Juvenile Division, Sexually Exploited Child Unit received reports regarding inappropriate conduct of a staff member at the Albert Einstein Academy in Santa Clarita. The report involved several minors, and culminated in the Los Angeles District Attorney’s Office filing 20 counts of felony and misdemeanor charges that include indecent exposure and child molestation.

A felony warrant, with bail set at $840,000, was issued for the arrest of Randolph Clifford Jackson who then fled the southern California area.

After waiving extradition, Randolph Clifford Jackson was transported back to Los Angeles to face charges.

The LAPD’s Juvenile Division Sexually Exploited Child Unit will continue to work with the administrative staff at the Albert Einstein Academy in Santa Clarita to ensure that all victims have been identified. 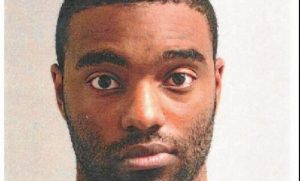 Anyone with information regarding this investigation is asked to call the Sexually Exploited Child Unit, Juvenile Division, at (213) 486-0580. During non-business hours or on weekends, calls should be directed to 1-877-LAPD-24-7 (877-527-3247). Anyone wishing to remain anonymous should call Crime Stoppers at 1-800-222-TIPS (800-222-8477). Tipster may also contact Crime Stoppers by texting to phone number 274637 (C-R-I-M-E-S on most keypads) with a cell phone. All text messages should begin with the letters “LAPD.” Tipsters may also go to LAPDOnline.org, click on “webtips” and follow the prompts.