On August 18, 2022, the surveillance led to an undercover operation around the 1800 block of 63rd Street in the County of Los Angeles. The operation led to a recovery of $10,000,000 in various recovered merchandise such as electric bikes, power tools, sound speakers, and more. Five arrests (four adult males, one adult female) were also made for the violation of Penal Code Section 487h- Grand Theft of Cargo. 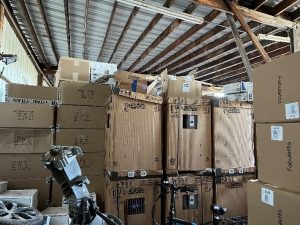 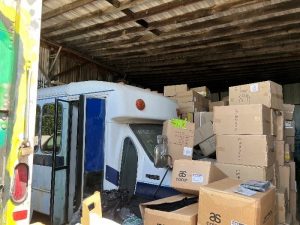 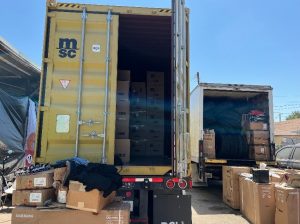 Anyone with additional information about this incident is asked to contact Detective Joseph Chavez of Commercial Crimes Division at (213)-486-5920. During non-business hours or on weekends, calls should be directed to 1-877-LAPD-24-7 (877-527-3247). Anyone wishing to remain anonymous should call CrimeStoppers at 800-222-TIPS (800-222-8477). Tipsters may also contact CrimeStoppers by texting to phone number 274637 (C-R-I-M-E-S on most keypads) with a cell phone. All text messages should begin with the letters “LAPD.” Tipsters may also go to LAPDOnline.org, click on “webtips” and follow the prompts.