Mr. London was located in good condition and re-united with his family.

On October 15, 2022, around 12 p.m., London was last seen in the “Skid Row” area of Los Angeles. The person reporting and Theophilus’ family members lost complete contact with him in October of 2022. London has not been seen since and his family is concerned.

Theophilus is described as male Black with black hair and brown eyes. He stands 6 feet 2 inches tall and weighs approximately 175 pounds. Theophilus has a birth mark near his left eyebrow. 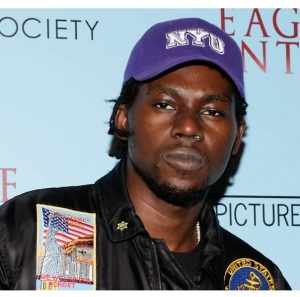 If you have seen or know the whereabouts of Theophilus London, please contact the Los Angeles Police Department’s Missing Persons Unit at (213) 996-1800. During non-business hours or on weekends, calls should be directed to 1-877-LAPD-24-7 (877-527-3247). Anyone wishing to remain anonymous should call Crime Stoppers at 800-222-TIPS (800-222-8477). Tipsters may also contact Crime Stoppers by texting to phone number 274637 (C-R-I-M-E-S on most Keypads) with a cell phone. All text messages should begin with the letters “LAPD.” Tipsters may also go to LAPDOnline.org, click on “webtips” and follow the prompts.