On September 29, 2022, around 9:30 p.m., Southeast Division Gang Enforcement Detail officers responded to a radio call reporting shots fired in the 11000 block of South Broadway. While in the area conducting their investigation, officers encountered the suspect in an alley west of Broadway and south of 111th Street. The suspect fired at the officers, who returned fire. The suspect continued south to 111th Place and again fired at the officers, who returned fire.

The suspect entered a vehicle parked on Olive Street and fled northbound. Additional officers in the area saw the vehicle and initiated a pursuit. The pursuit ended near 97th Street and Towne Avenue when the suspect vehicle struck several cars. One of the vehicles struck by the suspect’s vehicle was being driven by a community member. After the traffic collision, the suspect exited the vehicle and was taken into custody.

Los Angeles Fire Department personnel responded and transported the suspect to a local hospital for treatment of non-life threatening injuries he sustained during the traffic collision. The person in the vehicle the suspect struck received medical treatment at the scene. No officers were injured during the incident.

Three handguns were found inside the suspect’s vehicle and were collected as evidence by investigators.

The suspect has been identified as 36-year-old Genaro Guevara. Guevara was booked for Attempt Murder on a Police Officer.

LAPD’s specialized Force Investigation Division responded to the scene and is investigating this Officer-Involved Shooting.

The complete investigation will be reviewed by the Chief of Police, the Board of Police Commissioners, and the Office of the Inspector General to determine the thoroughness and accuracy of the investigation and whether the use of deadly force complied with LAPD’s policies and procedures. Additionally, the Los Angeles County District Attorney’s Office who responded to the scene will review the subsequent FID investigation, evidence collected, and witness statements to determine if the force used by the officer was reasonable. 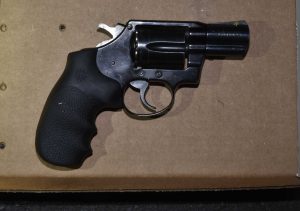 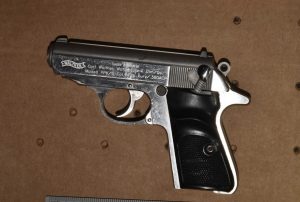 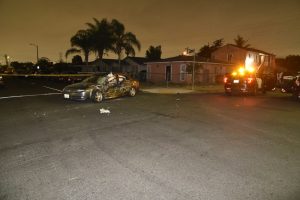 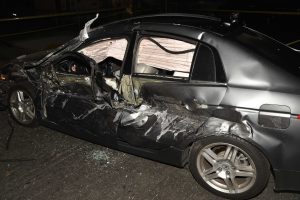 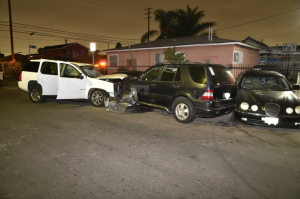 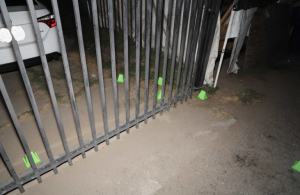