Los Angeles: In early 2021, Robbery-Homicide Division (RHD), Robbery Special Section (RSS), identified an ongoing crime trend of follow home robberies. The suspects target victims in Los Angeles, follow them, and commit the robberies as the victims go into isolated areas such as a parking lot or as they arrive home.

On Sunday, May 15, 2022 around 2:11 a.m., the victim returned from a Hollywood area restaurant and arrived at a residence in the 800 block of South Hope Street. As the victim was entering the apartment complex, he was physically attacked by five suspects. During the confrontation, the victim resisted and an exchange of gunfire occurred between the victim and multiple armed suspects, resulting in the victim sustaining multiple gunshot wounds. The suspects immediately fled the area in a vehicle that has been described as a white colored 4-door sedan, possibly a late model Nissan Sentra.

The victim was transported to a local hospital by the Los Angeles Fire Department paramedics and was listed in stable condition.

Robbery-Homicide Division’s Follow Away Task Force responded and assumed the investigative responsibilities of this case.

On May 15, 2022, a suspect, later identified as 21-year-old Justin Alphonso Sanchez, was arrested as he sought medical treatment at a local area hospital for a gunshot wound. 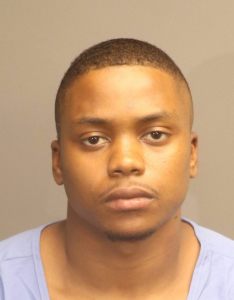 This investigation is ongoing and Robbery Homicide Detectives are seeking the public’s assistance in identifying the outstanding suspects and their vehicle. These suspects are considered armed and dangerous. 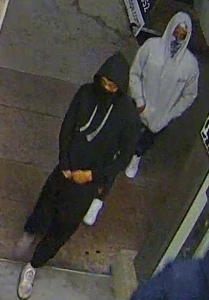 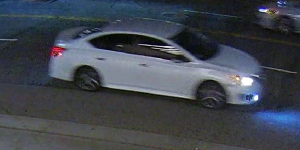 Anyone with information about this incident, additional incidents involving these suspects, or for more information, is asked to call the Follow Home Robbery Task Force at Robbery-Homicide Division along with Detective Klotz and Detective Myape at (213) 486-6840. During non-business hours or on weekends, calls should be directed to 1-877-LAPD-24-7 (1-877-527-3247). Anyone wishing to remain anonymous should call Crime Stoppers at 1-800-222-TIPS (800-222-8477). Tipsters may also go to www.lapdonline.org and click on “Anonymous Web Tips.”