Los Angeles: Detectives from the Los Angeles Police Department’s Robbery-Homicide Division (RHD) have made an arrest in a series of armed robberies.

Since October of 2021, there have been a total of 68-armed business robberies attributed by investigators to the same suspect. The robberies have occurred throughout Los Angeles County and the City of Los Angeles. Investigators from RHD were assigned to investigate the 16 robberies that occurred inside City boundaries.

During their investigation, RHD detectives discovered that the suspect commonly used a blue cloth to cover the handgun used in the robberies that occurred at gas stations, 7-11s and Walmarts. The suspect would conceal himself by wearing different hats, a face mask, and rubber gloves. The same vehicle was used in many of the robberies, and the same suspect was linked to the robberies based on several factors.

When the suspect struck again on Friday, September 23rd, detectives formulated a plan, initiated surveillance and ultimately served a search and arrest warrant. Charles Chukwuma Onwuemelie, a 29-year-old resident of Quartz Hill was arrested at his residence. Evidence further linking him to the robberies was also recovered at scene, including a firearm. 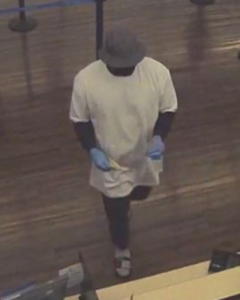 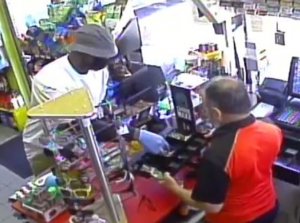 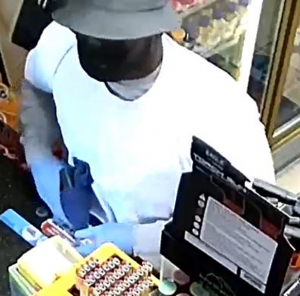 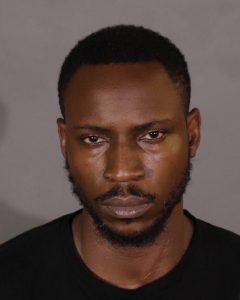 Anyone with information about this crime is asked to contact Robbery-Homicide Division, Detective Esther Myape at (213) 486-6840. During non-business hours or on weekends, calls should be directed to 1-877-LAPD-24-7 (877-527-3247). Anyone wishing to remain anonymous should call Crime Stoppers at 800-222-TIPS (800-222-8477). Tipsters may also contact Crime Stoppers by texting to phone number 274637 (C-R-I-M-E-S on most keypads) with a cell phone. All text messages should begin with the letters “LAPD.” Tipsters may also go to LAPDOnline.org, click on “webtips” and follow the prompts.