In one of the murders which occurred on Saturday, January 10, 1987, at 12:19 a.m., an anonymous male caller notified LAPD Communication Division that 30 minutes prior to his call, he witnessed a male suspect removing a body from a blue and white van, California license plate number of “1PZP746”, and dumping it in the alley to the rear of 1346 East 56th Street.  The body, later identified as Barbara Ware, was then covered with trash and a gas tank placed on top.

The caller had described the Barbara Ware crime scene exactly how responding uniformed officers and detectives documented the scene. 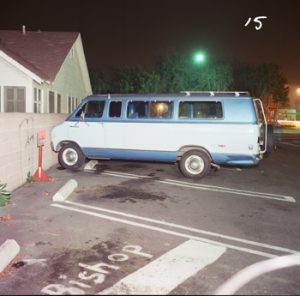 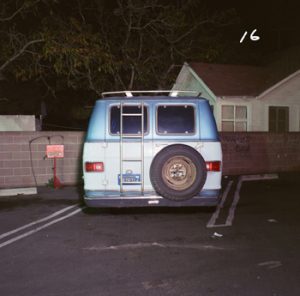 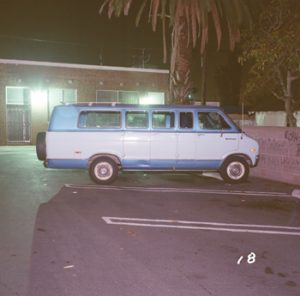 Detectives located the van approximately 4.5 miles from the body, at 6075 South Normandie Avenue.  The location and registered owner of the van was the “Cosmopolitan Church”, which is no longer in service.  The hood of the van was still warm to the touch and people inside the church said that they had used the van earlier in the evening.  Several church members were interviewed and the van was processed for evidence for some connection to the crime and/or Barbara Ware.  No evidence was ever determined.

The City of Los Angeles continues to offering a reward for up to $500,000 for information leading to the identity, arrest and prosecution of the person(s) responsible for the murder and attempt murder of Los Angeles area victims.  The crimes occurred primarily in South Los Angeles.  There was also one crime in unincorporated Los Angeles County and one in the City of Inglewood.  The murders began in 1985 and continued through 2007.

Anyone with information concerning these crimes of violence is asked to call Robbery-Homicide Detective Dennis Kilcoyne at 213-486-6830, during regular business hours.  During off-hours calls may be directed to our 24-hour, toll-free number at 1-877-LAPD-24-7 (527-3247).  Callers may also text “CRIMES” with a cell phone or log on to www.lapdonline.org and click on Web Tips.  When using a cell phone, all messages should begin with “LAPD.”  Tipsters may remain anonymous.