Los Angeles: Northeast Area detectives have arrested a serial sexual assault suspect and are seeking to identify any additional victims.

On July 14, 2022 around 12:00 p.m., Eric Weinberg was arrested at a residence in the 1900 block of East Edgemont Street in the Los Feliz area of Los Angeles. Weinberg was booked for several sexual assaults including rape. His total bail is 3,225,000. The arrest of Weinberg is related to sexual assaults committed in Los Angeles between 2012 and 2019.

Weinberg was a Hollywood producer/writer and appears to have targeted women in grocery stores, coffee shops, and other public places. Weinberg would approach the women who were in their 20-30s, under the guise of being a photographer and would set up photo shoots with them. Once the women were in his residence, he would sexually assault them during the photo shoot. Detectives believe there are additional unidentified victims that could date back to the early 1990s and are looking to speak with them. Victims or anyone with information can contact detectives assigned to this investigation at (323)561-3272 or 39284@lapd.online. 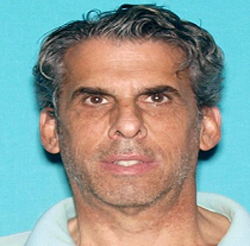