The following photos of the suspect are provided to help any additional victims in identifying him. 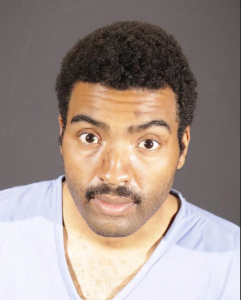 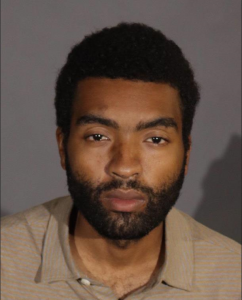 Mid-City: The Los Angeles Police Department’s Operations-West Bureau’s Special Assault Section announced that a violent sexual predator has been removed from the streets and detectives are seeking additional victims of sexual assault.

On February 15, 2022, between the hours of 12:30 p.m. to 1 p.m., 27-year-old Gabriel Hodges, a New York native experiencing homelessness in Los Angeles, attacked two women in quick succession near the West Hollywood border.  The first attack was in the 800 block of Vista Street, in the city of Los Angeles. The second attack was in the 7600 block of Hampton Avenue in the West Hollywood Area. LAPD Wilshire officers and Los Angeles Sheriff’s Department West Hollywood station deputies and detectives saturated the area, aided by investigators from the Special Assault Section and LASD Special Victims Bureau.  Due to local homeowners’ excellent security systems and cameras, they were quickly able to obtain video of the first assault and images of the suspect creeping through the neighborhood.  They determined that the same suspect committed both assaults and fled toward downtown.

After a neighborhood watch group circulated footage and generated media interest, an observant librarian from the Los Angeles Public Library’s Central Library observed the suspect inside on February 17, 2022.  She alerted security, who summoned LAPD officers and SAS detectives.  After identifying him as the man in the videos, they placed him under arrest for aggravated kidnapping.

“Thank goodness this is a tightknit community who looks out for its neighbors,” said Deputy Chief Blake Chow, commanding officer of Operations-West Bureau.  “They were our eyes and ears on every block and they didn’t rest until we had what we needed to catch a very dangerous man.”

Detectives are requesting that anyone with information that could lead to the identification of additional victims or witnesses to contact LAPD’s Operations-West Bureau, Special Assault Section, at 213-473-0447 or LASD Sheriff’s Information Bureau at 213-229-1850.  During non-business hours or on weekends, calls should be directed to 1-877-LAPD-24-7 (1-877-527-3247).  Anyone wishing to remain anonymous should call the L.A. Regional Crime Stoppers at 1-800-222-TIPS (800-222-8477) or go directly to www.lacrimestoppers.org. Tipsters may also visit www.lapdonline.org, and click on “Anonymous Web Tips” under the “Get Involved-Crime Stoppers” menu to submit an online tip.  Lastly, tipsters may also download the “P3 Tips” mobile application and select the L.A. Regional Crime Stoppers as their local program.