Devonshire: The Los Angeles Police Department, Devonshire Division, is investigating an incident where nine French Bulldog puppies were stolen from a residence.

On September 11, 2022, around 3:05 p.m., Devonshire Division Patrol Officers responded to a call in the 9400 block of Corbin Avenue. They met with the victim, who reported that around 2:00 p.m., he left the nine puppies at the residence being watched by a friend. While he was gone, two men in ski masks entered the residence and stole the puppies. 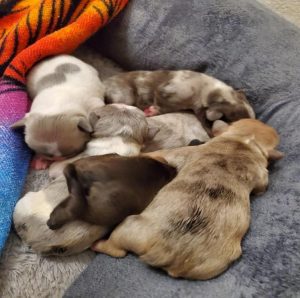 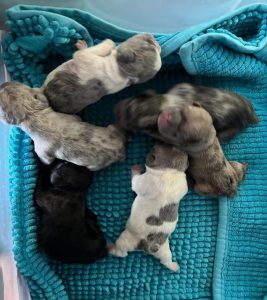 Anyone with additional information is urged to call the Los Angeles Police Department, Devonshire Area at (818)832-0633. During non-business hours or on weekends, calls should be directed to 1-877-LAPD-24-7 (1-877-527-3247). Anyone wishing to remain anonymous should call the L.A. Regional Crime Stoppers at 1-800-222-TIPS (800-222-8477) or go directly to www.lacrimestoppers.org. Tipsters may also visit www.lapdonline.org and click on “Anonymous Web Tips” under the “Get Involved-Crime Stoppers” menu to submit an online tip. Lastly, tipsters may also download the “P3 Tips” mobile application and select the L.A. Regional Crime Stoppers as their local program.