Los Angeles: The Los Angeles Police Department’s Central Bureau Homicide Detectives are seeking the public’s help in identifying the suspect responsible for the shooting death of one victim, and attempted murder of two additional victims at the scene of a birthday party. The suspect was captured on nearby surveillance video.

On October 23, 2022, at around 1:57 a.m., the murder occurred in the 300 block of East 62nd Street, just east of the Royalty Market located at 6200 South San Pedro Street. The suspect shot the victims as they were outside of their vehicles. The suspect fled eastbound on 62nd Street in the decedent’s vehicle described as a black 2007 Mercedes Benz. The vehicle was found abandoned on the northbound 110 Freeway at Exposition Boulevard. Detectives obtained still images of the suspect’s face from the video. 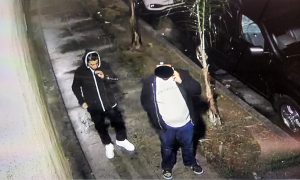 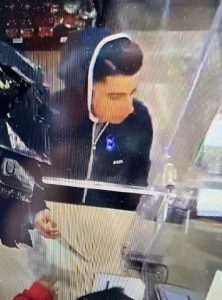 Tipsters may also contact Crime Stoppers by texting phone number 274637 (C-R-I-M-E-S on most keypads) with a cell phone. All text messages should begin with the letters “LAPD.” Tipsters may also go to www.lapdonline.org, and click on “Anonymous Web Tips” and follow the prompts. Tipsters may remain anonymous.