Los Angeles:  Two burglary suspects have been caught on video burglarizing a home, with their faces clearly visible. Detectives are asking for the public’s help in identifying the suspects.

On Tuesday, February 24, 2009, two suspects broke into a residence in the La Cienega Heights area of Los Angeles, near La Cienega Boulevard and Cadillac Avenue.  The suspect’s pried open a rear security screen and broke the glass in the door to gain access.  Once inside, the suspects are seen ransacking rooms and removing electronic equipment, cash and firearms. 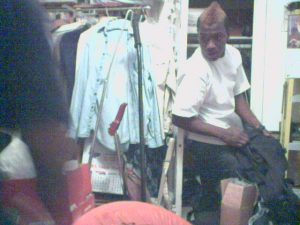 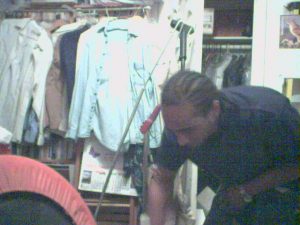 The public is warned not to approach or engage either of these suspects.  If they are seen or located, the public is encouraged to immediately call 911.

Anyone with information about these suspects is asked to call West Los Angeles Detectives Gregory Davis or Allan White at 310-444-1568.  During off-hours calls may be directed to our 24-hour, toll-free number at 1-877-LAPD-24-7 (877-527-3247).  Callers may also text “Crimes” with a cell phone of log on to www.lapdonline.org and click on Web tips. When using a cell phone, all messages should begin with “LAPD.”  Tipsters may remain anonymous.