Since July 2021, law enforcement agencies within the Southern California region, to include the City and County of Los Angeles, have been investigating a fluid and active crime trend of “Train Burglaries”. To combat this ongoing crime trend, the Los Angeles Police Department, Commercial Crimes Division (CCD) established the Train Burglary Task Force (TBTF) to confront the crime trend and identify suspects and others involved with the crimes.

Since the formation of the Train Burglary Task Force, they have relentlessly followed up on numerous leads, made approximately 91 arrests, and authored and executed approximately 49 search warrants, leading to multiple criminal case filings by State and Federal prosecutors. 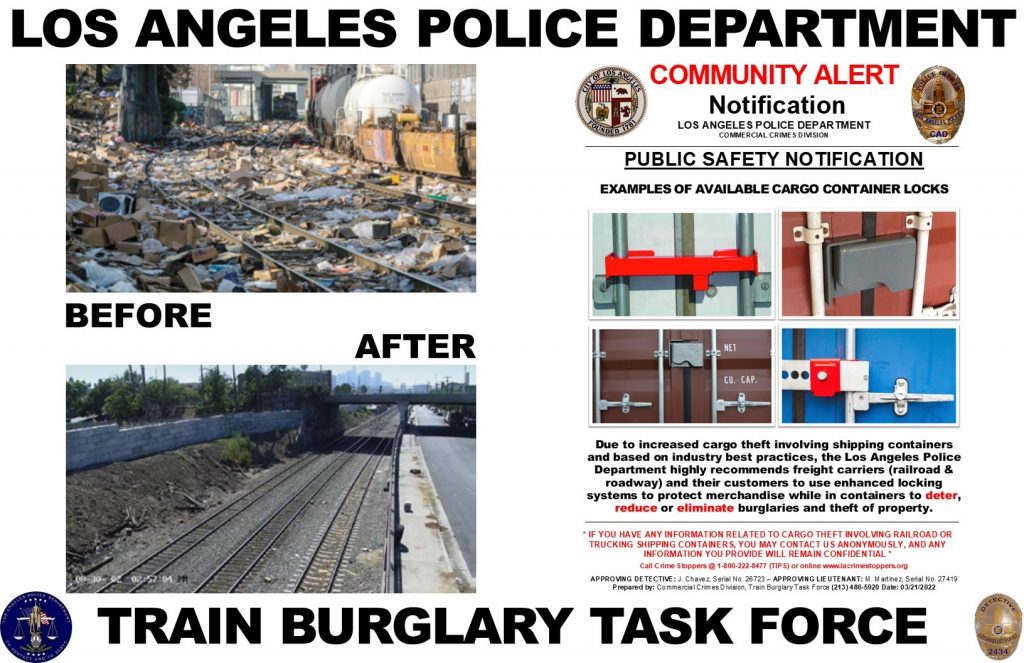 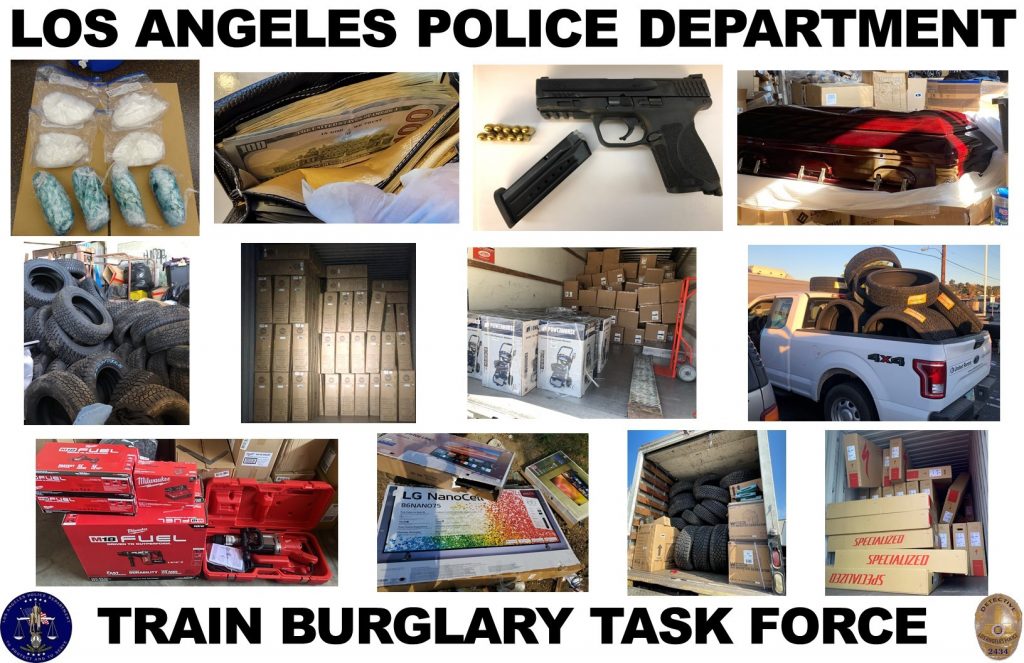 Anyone with information on this shooting should contact Commercial Crimes Division, at (213) 486-8430. During non-business hours or on weekends, calls should be directed to 1-877-LAPD-24-7 (877-527-3247). Anyone wishing to remain anonymous should call the LA Regional Crime Stoppers at 1-800-222-TIPS (800-222-8477) or go directly to www.lacrimestoppers.org. Tipsters may also visit www.lapdonline.org and click on “Anonymous Web Tips” under the “Get Involved-Crime Stoppers” menu to submit an online tip. Lastly, tipsters may also download the “P3 Tips” mobile application and select the LA Regional Crime Stoppers as their local program.