Young Man Murdered While Sitting on a Bus Bench NR22352rc

Los Angeles: The Los Angeles Police Department’s Central Bureau Homicide detectives are asking for the public’s help in providing any information that would lead to the arrest of the suspect(s) involved in the murder of 20-year-old Pablo Aaron Garcia, a Los Angeles resident.

On Friday, October 28, around 11:25 p.m., Rampart Area uniformed patrol officers responded to a radio call of an Assault with a Deadly Weapon that occurred on the sidewalk at 8th and Union Avenues.

When the officers arrived, they discovered that the victim suffered a gunshot wound.  Officers requested ambulance and Los Angeles Fire Department personnel performed medical treatment.  The victim was transported to a local hospital and died from his injuries.

Los Angeles Police Department Central Bureau Homicide detectives assumed investigative responsibility for the case.  Their investigation revealed that the suspect and victim appear to have been involved in an altercation prior to this incident.  After the prior altercation, the suspect approached the victim as he sat on a bus bench and shot Mr. Garcia. 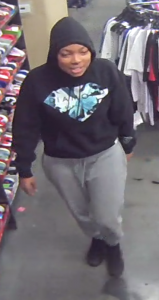 Anyone with additional information is urged to call Central Bureau Homicide squad, Detectives Howarth or Alvarez, at (213) 996-4143.  During non-business hours or on weekends, calls should be directed to 1-877-LAPD-24-7 (1-877-527-3247).  Anyone wishing to remain anonymous should call the LA Regional Crime Stoppers at 1-800-222-TIPS (800-222-8477) or go directly to www.lacrimestoppers.org.  Tipsters may also visit www.lapdonline.org, and click on “Anonymous Web Tips” under the “Get Involved-Crime Stoppers” menu to submit an online tip.  Lastly, tipsters may also download the “P3 Tips” mobile application and select the LA Regional Crime Stoppers as their local program.