Los Angeles: A 17-year-old mother of two was killed in a drive-by shooting yesterday evening, August 22, 2006, behind her residence at 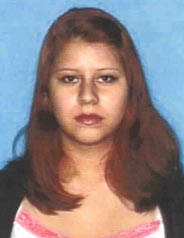 About 5:00 PM, Jacqueline Rodriguez was standing behind her home in the 1300 block of Glenfield Court when a dark car drove by and fired gunshots. Detectives believe the intended target was a 17-year-old man, who was standing next to Rodriguez.

“Apparently, this guy saw it coming because he took cover as the gunfire erupted,” said LAPD spokesman Lieutenant Paul Vernon. “The bullets hit Jacqueline, whose back was to the gunman.”

Rodriguez died at the scene from a gunshot wound to the head.

The apparent, intended victim did not claim any gang affiliation, but he is refusing to cooperate with detectives.

Witnesses described seeing three men in a black compact car drive down Glen Court behind Rodriguez’s home. The gunman stuck a handgun out the rear passenger window and fired when the car came to a stop.

“Detectives are hoping someone will come forward with information in light of the especially tragic circumstances of this young mother’s death,” Vernon said.